Before starting to create new collections of miniature dresses, I want to surround myself with things that will help me in this action.

In the old days milliners had whole books and albums with pieces of fabrics that were in their stock. Now I will have a similar album. I'm not a scrapbooker at all, I just decorated a faceless album in a style which is close to me.

Step by step, the album will be filled with fabric samples. I think it will be convenient to create my dresses with such an album. After all, I don’t need to rummage in a suitcase with fabrics.

My mother told me that a long time ago her relative had a similar album with pieces of fabric. Then it somehow ended up with my grandmother, my mother’s mother. But mother does not know what happened to it later, where it disappeared. Since childhood I heard about a miracle album in which beautiful old scraps were pasted, and even accompanied by some descriptions. In addition, I really wanted to take a quick look at it. But there was no such opportunity.

But the very idea of making such an album stuck firmly in my head. Then the search began for the “same” notebook to turn it into an album. And as it usually happens the paper in the notebook is not the same, the format is not suitable. In the end, remembering how I did holiday cards to friends with my own hands several years ago, I decided to decorate the cover of a simple album myself. Beautiful beads, sequins, lace and of course paper with vintage patterns were used.

And now I just have to get the only thing that is filling my album with fabric swatches and start creating my own art book. But it will be later ... 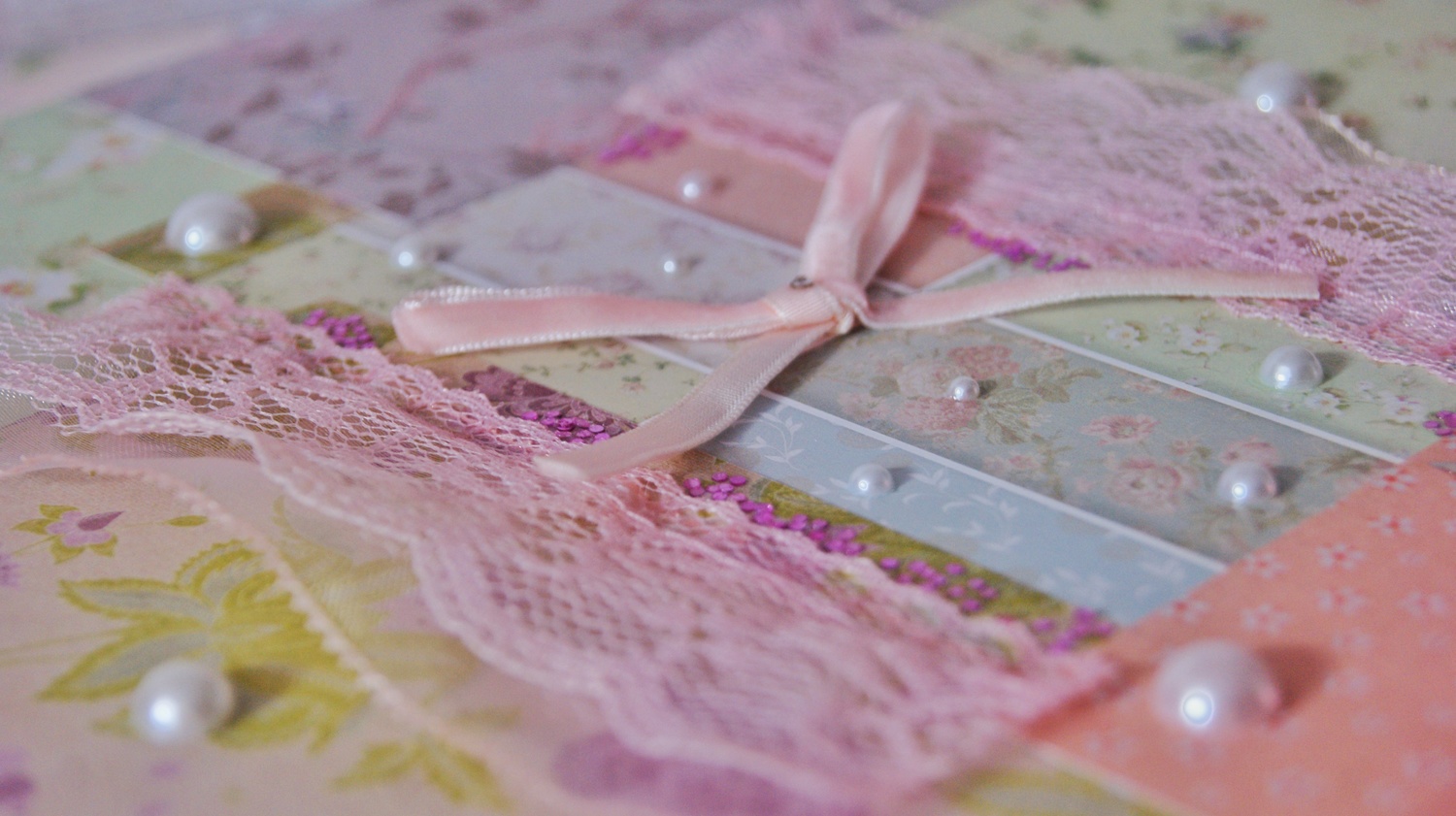